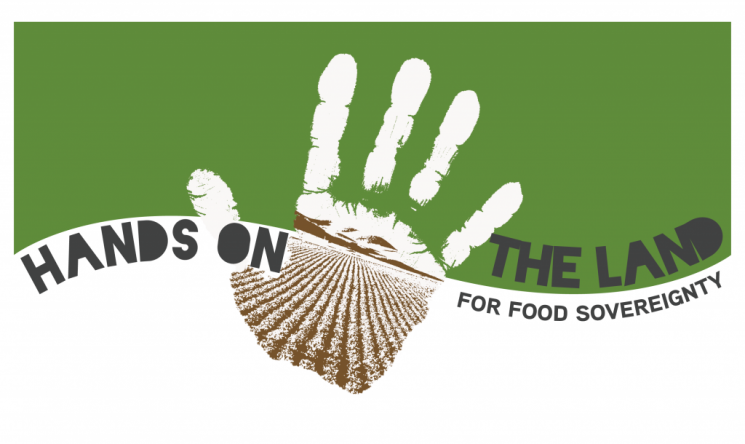 The Young Researchers Program, a mentorship program by the Hands On the Land Alliance in cooperation with TNI, FIAN International and Friends of the Earth, is open for applications until the 19th of September. This program enables young engaged scholars and activists to strengthen their capacities around understanding food sovereignty and the human right to food, including opportunities for peer-to-peer learning, benefitting from the experience of mentors, and the opportunity to attend two main events as part of the research process.

Hands on the Land seeks between 4 to 6 young[1] enthusiastic researchers who will collectively develop research that is relevant to the European Food Sovereignty movements, processes and struggles. The program will place the researchers into two research teams of two to three people paired with a mentor, with each team looking at one of the following cross cutting themes:

The meaning/role of urban food policies for food sovereignty
As issues of urbanization consistently emerge on the global and regional agenda- the link to issues around food systems is becoming important. Many local-level city and metropolitan governments are beginning to embark on new food strategies that seek to relocate food systems at the 'local' level.

While interesting initiatives are emerging, policy discourses have largely failed to sufficiently address the needs of civil society organizations and social movements, remaining restricted to limited conceptions of urban space while underplaying the important linkages and interactions with rural and peri-urban areas. As a result, policy discourses have sometimes perpetuated false solutions to issues of habitat, rural-urban linkages, environment and climate change, and natural resource governance under headings like “smart innovation”, “green economy” and “urban renewal” that implicitly mask displacement, discrimination and gentrification, and sometimes even go against the rights of communities struggling for their right to livelihoods, land, housing, water and food.

The key questions that this research will begin to explore should include the role of local and territorial governance, including specifically how to operationalize human rights obligations at the local level, the role of urban and territorial planning, new mechanisms of participatory governance, and ensuring a meaningful role for rural communities in policymaking.

The understanding/shaping of consumption and distribution side of agroecology in European food systems
Agroecology is a way of life for millions of women and men who prioritizes the development of a decent life in the territories over the search for profit. It is a series of production practices and consumption patterns, a scientific discipline as well as a social movement upon which to build food sovereignty.

Fundamental pillars of Agroecology include: collective rights and access to common property; solidarity between people, rural and urban villages; the diversity of knowledge and ways of building knowledge; recognition of the role of producers in innovation, research and breeding; and the recognition of the central role of women and youth. Agroecology aims at popular control over food systems, shifting control away from global markets and food monopolies. It confronts the homogenization of diets, using locally and culturally appropriate varieties, and improves the health of rural workers and consumers by not using agro-chemicals.. It also promotes the development of alternative institutions and mechanisms to support producers and consumers.

The central questions that this research will begin to explore should include: what role can the Solidarity Economy, Community Supported Agriculture (CSA) and public procurement, from the levels of local government to national development systems autonomous distribution play in supporting agroecology? What is the meaning of agroecology for European small-scale fishers? How to change consumption patterns and food diets and their impacts on health and nutrition? What role does education play in the transition to agro-ecological food systems? How can agroecology be a tool to advance gender justice?

The research will build upon the outcomes of discussions and debates held during two upcoming processes:

How to apply:
Interested researchers are encouraged to send, in English or Spanish, a max 1 page explanation outlining their motivation for one of the research topic, attaching their resume and a short writing sample to youngresearchers[at]tni[dot]org" rel="nofollow">youngresearchers[at]tni.org. The entire call with all details is available on the website of Hands on the Land.

[1] Young in this context is flexibly interpreted to mean either young in age or to refer to someone who is starting out in their personal development of these topics and is eager to gain experience and learn more.