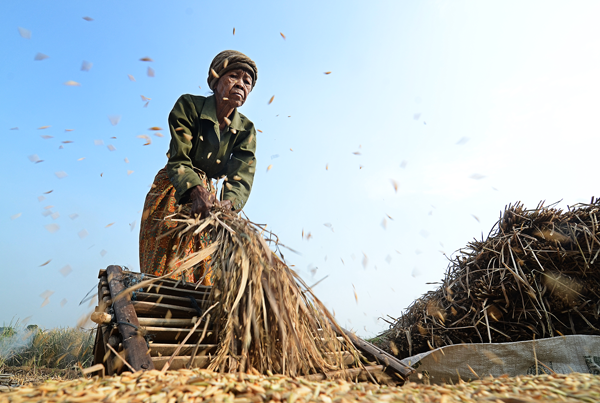 Launched at FAO Headquarters, the Right to Food and Nutrition Watch 2016 warns seeds and biodiversity are under threat as a result of the increasing corporate capture and the states’ neglect.

Gathering the views of civil society organisations, social movements and scholars the world over, the renowned publication exposes how business seeks to privatise, monopolise and control seeds by patenting and commodifying this very source of life at the expense of peoples’ human rights and the maintenance of biodiversity. Peasant seeds systems, which feed the world and are resilient in times of natural disasters, are at risk.

Under the premises of a human rights approach, seeds and breeds are not a commodity that peasants buy and sell, nor are they a scientific invention. “As echoed by the Watch, rural people’s access to seeds and breeds should not be framed as access to commodities (or ‘genetic material’) produced by industry and science, but as an evolving and collective relationship to nature in any given territory. This means that peasant systems, which underpin agricultural biodiversity, should be recognised, protected, and promoted by states. The criminalisation of those who defend the commons, currently on the rise, needs to stop,” stresses Sofia Monsalve, FIAN International’s Secretary General.

Some highlights from the Right to Food and Nutrition Watch 2016, titled 'Keeping Seeds in Peoples’ Hands':

In its recommendations, it emphasises: