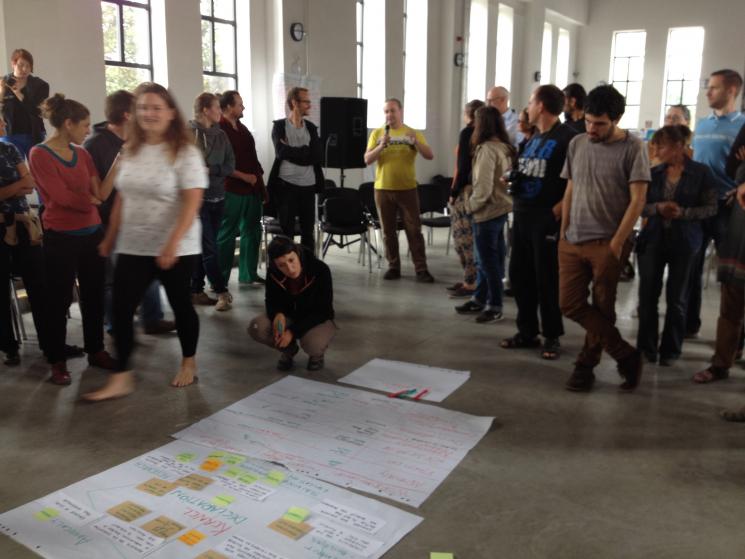 From the 16th until the 18th of September, 150 members of the European CSA movement from 25 countries gathered in Ostrava, Czech Republic for the third European CSA meeting.

The CSA movement has affirmed its positions through the European Declaration on Community Supported agriculture, adopted in Ostrava, and has committed to continue its collective work as part of both the food sovereignty and solidarity economy movements. After a major mapping exercise amongst its members in Europe, it can now be affirmed that the movement consists of more than one million producers and consumers engaged in various forms of CSA across the European regions.

In its conference statement, the European CSA movement also committed to building its new Mediterranean network to increase food sovereignty and food security around the whole Mediterranean Basin through local solidarity partnerships between producers and consumers. Key commitments to actions and campaigns brought forward to Cluj to work with all other social movements are to:

•    Work toward systemic change of the food systems to relocalise food production, distribution and consumption through local solidarity partnerships between producers and consumers. This includes the struggle for the right to adequate food and nutrition, food sovereignty, farmers rights to land, seeds and water and the collective fight against free trade agreements that impede these rights.

•    Fight climate change through local production and consumption that is based on the principles of agroecology as laid out in the Nyéléni Declaration on Agroecology.

•    Raise awareness and capacity of both producers and consumers through a common ground of shared principles, knowledge and experience sharing, including a specific educational focus on children, the key to our future.

•    Advocate for and work together with the food sovereignty and solidarity economy movements to build supportive policy based on producers and consumers real needs at all levels (UN, EU and Local Government), and ensure that this policy is then disseminated at grassroots level in a way that it can be appropriated by producers and consumers.