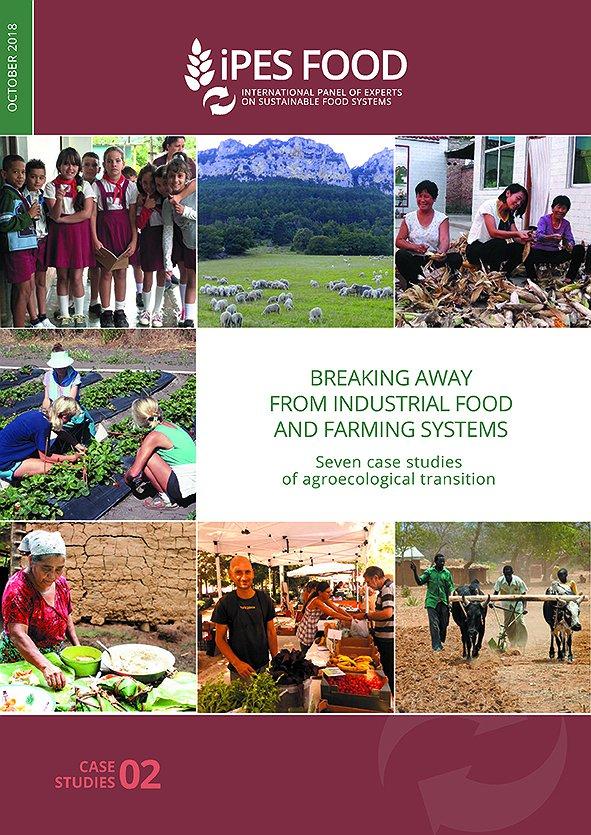 It is possible for communities, regions and whole countries to fundamentally redesign their food and farming systems – but doing so requires changes in the way communities envision their food systems, the way knowledge is shared, the way that food systems are governed, and the values underpinning them.

This was the message from IPES-Food’s new report, Breaking away from industrial food and farming systems: Seven case studies of agroecological transition.

The case studies follow on from IPES-Food’s 2016 report, From Uniformity to Diversity, which identified the vicious cycles locking industrial food and farming systems in place, despite their severe impacts on human health, economic and social well-being, biodiversity, and climate change.

The case studies provide concrete examples of how, in spite of these barriers to change, people around the world have been able to fundamentally rethink and redesign food systems around agroecological principles.

Steve Gliessman, lead author of the report, said: “The case studies show that change doesn’t always start in the field. Transition can be kick-started by community-building activities, farmer-researcher partnerships and even by external shocks that make people question the status quo.”

He added: “Transition really takes off when change happens on various fronts at the same time. That’s when new power relations start to form and the logic of the system starts to shift.”

The report was released at a side event on agroecological transition at the FAO’s Committee on World Food Security (CFS) in Rome. The case studies come as the FAO rolls out its Scaling Up Agroecology initiative, following the 2nd FAO International Symposium on Agroecology (April 2018).